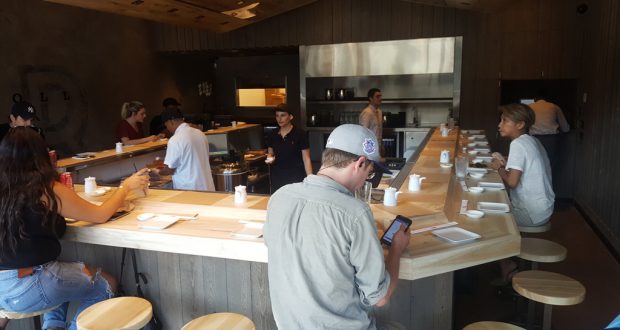 After opening their first KazuNori in downtown LA, Sugarfish has now opened a second branch in Westwood back in June. I tried it the first week of opening and as expected, there were a lot of snags and little problems with the training of their staff. One of the most obvious was the sushi chef would bring out rolls before the last one was finished. In fact, on one of my early visits, I was still eating a roll with 2 more rolls on the table waiting to be consumed. 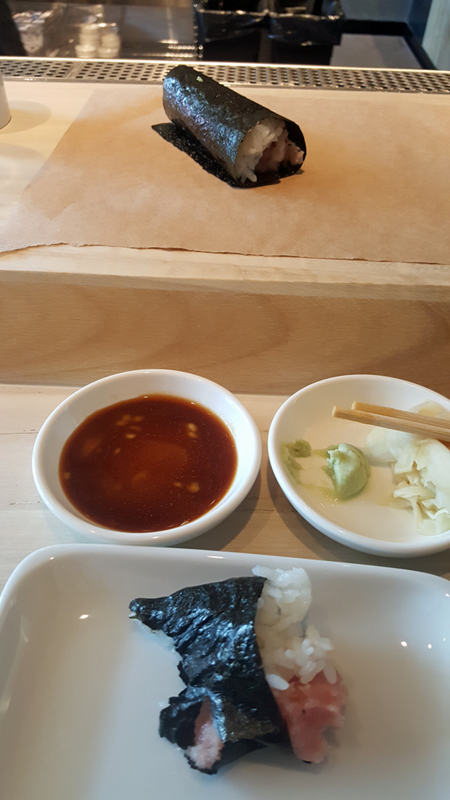 However, over the last few months, everything seems to have gotten worked out and for the most part, is the same as the downtown version. The service is still lacking a tiny bit but not a deal breaker for me.

The only problem is the parking situation in Westwood. If you don’t accidentally find parking on the street, you will have to park in one of the parking structures which is a few blocks away.

If you’re like me and love quality sushi rolls but don’t have a lot of time, this is the perfect solution.