In previous parts (part 1, part 2, and part 3), I’ve analyzed the feature list from Sprint and Samsung. This time, it’s my turn to list the top 10 features of the Sprint Samsung Galaxy S4.

#10 – Optical Reader
The optical reader app allows you to grab phone number and addresses off of marketing ads, banners, and even business cards. I don’t think this is new but it’s new for me. This is perfect for super lazy people like me that don’t want to read the phone number off of a business card, as shown below. 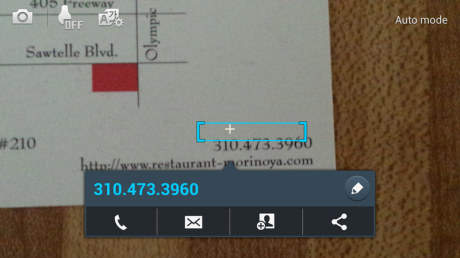 It doesn’t always work perfectly, especially if it’s dark but if you hold the phone steady, you can usually get it to grab what you want.

#9 – Google Now
Once again, this is not new in the Android world, and now it’s even available on iOS, but it’s a great feature. Google Now tries to figure out what you are interested in and will show it to you automatically. 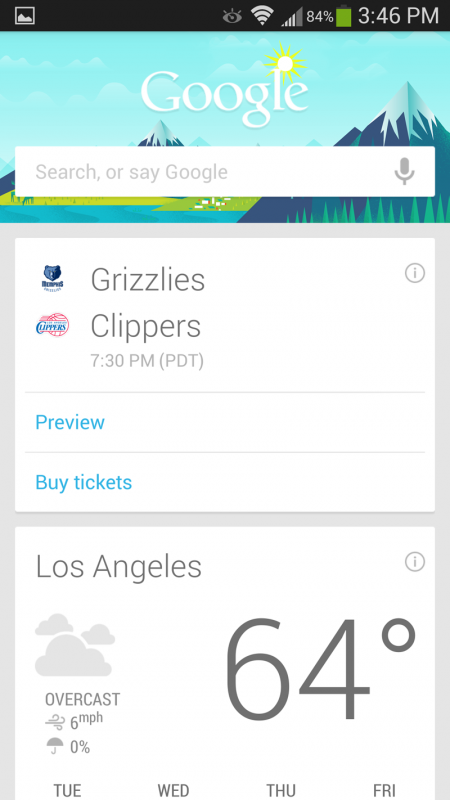 Big Google Brother is watching but when it works, it’s almost magical. After doing some searching on my desktop browser, I left the house and looked on my phone and saw that it estimated how long the drive to that location would be. Creepy? Maybe a little. Sometimes, I wonder how it knows. Then I get scared and try not to think about it.

#8 – S Memo
Again, not a new feature but S Memo is the Samsung replacement for the Android Memo app. It’s basically the same except it allows you to make drawings. This is a great feature because you don’t have to use paper and pencil to make simple drawings or bring up a complicated drawing app. 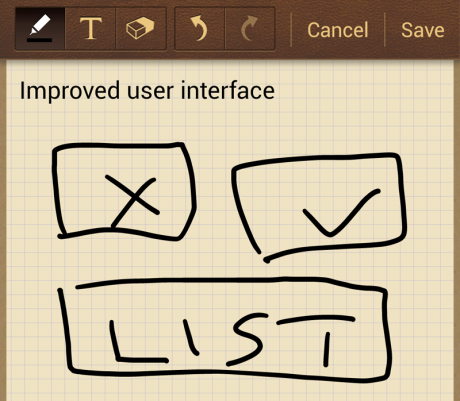 It also automatically syncs with the cloud so you will never lose the information. However, that also makes saving and retrieving memos much slower than before. When the cloud wasn’t being accessed, it was instantaneous. Now, there’s a delay while the phone accesses the Internet. 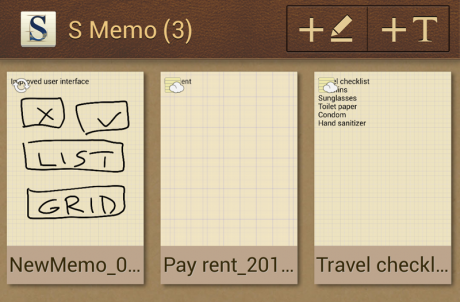 There’s also a couple of other complaints I have. In the settings, there is no way to change the font size for old people that have a harder time reading, or using bold when writing the text.

Moreover, when you use Air View and hover over the thumbnails, you just get a slightly larger version of the memo. It’s basically the same problem as the Air View on the photo gallery. Hopefully, they will fix this in an upgrade of the Air View firmware.

#7 – Improved Camera
Not only did they improve the hardware to 13Mp, the camera software is much better and easier to use. Look at all these modes that are available. I’ll have a full camera review in another post. 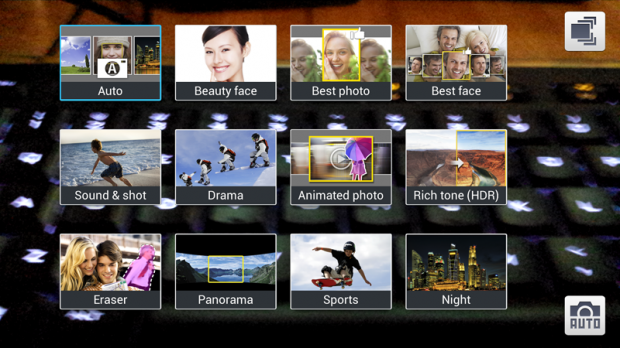 #6 – Blocking Mode
Because this feature became available back when the Galaxy S3 came out, it’s old news for others and don’t make the cut on the other lists. However, I’ve been using an app to do this on my Sprint Epic 4G. It’s a simple but important setting which allows you to disable calls, notifications, alarms, and even the LED during specific hours of the day.

It even allows you to add a list of contacts that are not blocked, like your mom that would only call at 4am if somebody got arrested or died.

The only thing I don’t like is the icon that shows up as a circle with a line where the notification go. It’s to remind you that you are in blocking mode but if you always have this mode on, it’s annoying. It would be great if it could be turned off. 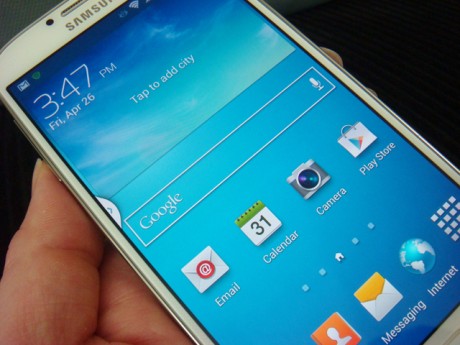 As I get older, I require bigger and bigger screens. This one is big. Sometimes when I’m trying to navigate a website, having a big screen is creamy. 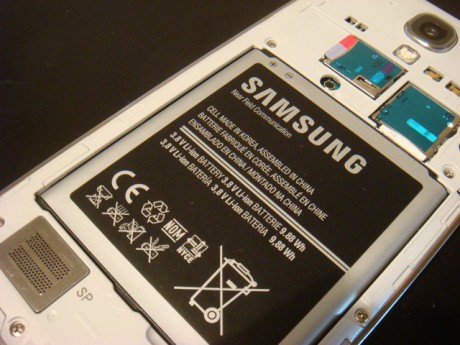 Get the full 64Gb microSD card and never get sick and tired of running out of space, like on my old Epic 4G. It will be a while before I run out of space on this device.

#3 – Removable Battery
And while we have the back open, #3 is the removable battery. Never be stuck trying to charge your phone at the airport, poker tournament, or on a hiking trail. Just swap in a fully charged battery and go.

#2 – Swype
In case you don’t know what Swype is, it’s a keyboard where you “type” without lifting your finger from key to key. If the S4 didn’t have Swype pre-installed, that would have been a deal breaker for me. I’m married to it. If the iPhone had Swype, I would consider switching back to the iPhone. 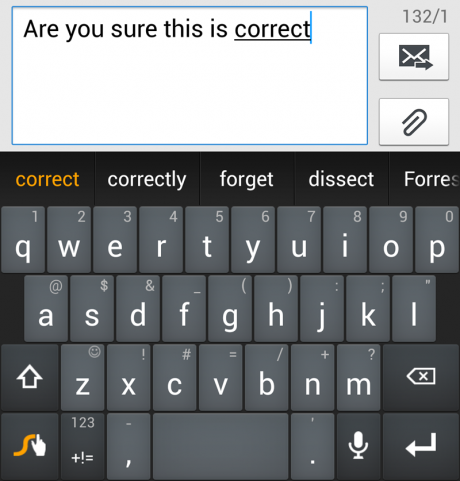 This version of Swype works even better than the older version that was on my Epic 4G.

#1 – 4G LTE
None of the other lists have this on their list because it’s old news. Well, for Sprint in Los Angeles, this is brand new and it makes my S4 download faster than my WiFi. That’ big news for me.

And as you can see, if you are in the right area, it’s fast. Unfortunately, Sprint’s 4G LTE is still a little spotty at best.

Side Note:
And yes, luckily for me, the new Samsung Galaxy S4 does fit tightly into the Waterfield iPhone smart case, even though the top pokes out a bit. 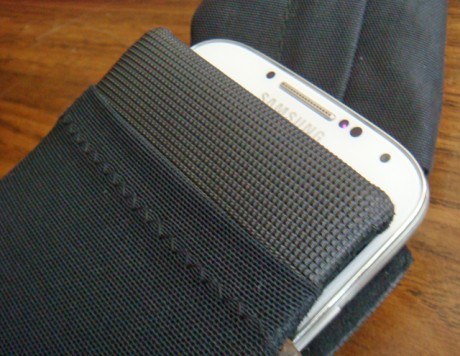 Conclusion:
All in all, so far, I’m loving my new S4. It’s fast, with a big screen and the 4G LTE is wonderful, when you can get it. Did I mention it’s fast? As far as all the other fluff like Air View? That’s exactly what it is. Fluff.

Ask me again in 6 months.

Previous: How to Upgrade to 4TB Hard Drive on Windows
Next: Google Brings Wallet to Sprint