My Toshiba Qosmio started to turn off by itself, apparently from overheating. Since I can’t have my computer turning off unexpectedly, I immediately went online to compare laptops. I didn’t want to spend $2k+ for a crazy fast game laptop, but I can’t buy one of those super cheap and slow laptops either. I also decided I wanted to try a different company to see how they are compared to Sony, HP, and Toshiba (which are the ones I’ve already tried.)  At this point, I’ve gotten used to Vista so that’s no problem anymore. 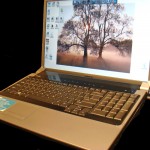 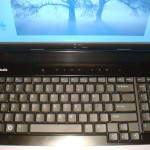 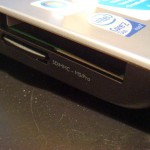 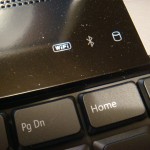 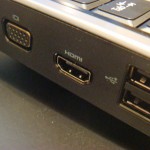 One thing I noticed is a lot of the computers come with 4Gigs of RAM and so are installed with Vista 64-bit instead of 32-bit.  I’ve had a few minor incompatibility problems with my Vista 64-bit but I’ve managed to get around most of them so I was willing to go that route.

Last time when I got the Toshiba, I actually wanted to get a Dell but I needed a new one that day so I couldn’t order one from Dell. This time, Best Buy had some Dell laptops in stock so I went over there to take a look and decided to buy the Studio 17 for $729.99.

The Dell Studio 17 162B laptop has these specs:

Basically, the Studio 17 is a retail only version of this model, and is meant to be a cheap 17″ laptop for casual users and web browsers.

The first thing I liked was the big 17″ screen which is nice and bright but the resolution is only 1440 x 900, which is on the low side for this sized screen.  If you order this unit from Dell, you have the option to get higher resolution but it will cost more. So if you’re going to use this for editing high resolution photos, this might not be the right one for you.

The AC power adapter is very small compared to my Toshiba and has a 3 prong AC side with ground. The plug that goes into the laptop has a blue light which looks very cool in the dark. You can see that the AC adapter outputs power even after being unplugged by this blue light.

The power switch is on the right side of the LCD hinge and unlike the Toshiba, lights up as soon as you press it. Other indicator lights also start blinking to let you know that your computer is on. So far so good.

But when I start typing on the keyboard, I notice that the number “4” is not working. I take the key off and use a cleaning duster can to blow out any particles and re-assemble the key and I got it to work properly. Not a great start but at least I got it to work. The keyboard layout is fine but the keys feel a little “plasticky” or “clanky” compared to what I’m used to.  However, I did test the keyboard at the store before I bought it and I was able to type very fast on it.

Compared to the Toshiba Qosmio, the CPU is clearly slower, even though this laptop has 4Gigs (Qosmio had 2Gigs). Some of my heavy duty DJ applications stutter a little. On my old Qosmio, I was able to open many tabs in Firefox with websites as quickly as I could move my mouse. On my new Dell, there’s definitely some delay and stuttering when doing this same task. I guess that’s the difference between $730 and $1300.

The next thing I noticed was the speakers were back to the very cheap type that is used on most laptops. Yes, I can hear things but it’s just not the same as the super high quality speakers on my old Qosmio. This is not a fair comparison because the Qosmio is a “game” laptop so the speakers are top notch.  The headphone jacks are on the right side, which for me works better than laptops where the jacks are in front.

The DVD slot is on the right, and unlike all laptops I’ve had in the past, this one is slot loading. This means you just push the DVD into the slot like the one in your car. When you want the DVD out, you press a touchpad “button” on the top row above the keyboard. I hated the touchpad area on the Qosmio and don’t like this one on the Dell for the same reasons. It’s very cool to look at with the lights, but call me old fashioned, but I like physical keys that I know I’ve pressed.  However, I think a lot of people will like this touchpad area which also controls the DVD/CD play as well as launching media applications.

My old Qosmio had 2 USBs, 1 eSata and HDMI output, whereas this Dell has 4 USBs, 1 eSata, 1 Firewire, and HDMI output.  The Dell is designed with no outputs on the back or front.  I like this design decision because it’s always a pain to have to turn the laptop around to see the back so you can plug things in and out. Putting everything on the sides makes it a lot easier.

The battery is contained in the back “lift” that acts as a horizontal leg to lift the entire laptop higher in the back. Although, this makes the laptop thicker when traveling, I still like the extra battery time, plus the angle of the laptop itself.

All in all, this is a good middle of the ground laptop with a relatively long battery life.  It’s not fast enough to be a gaming machine, but with the larger screen and keyboard, it wants to be a desktop replacement. It’s probably too big for most travelers but I don’t mind commuting with it.  Even though the resolution could be higher, with my failing eye sight, I like the big 17″ screen with bigger fonts.  So, this is for the non-gaming user, who wants a large screen but don’t want to pay for it.  That’s would be me.