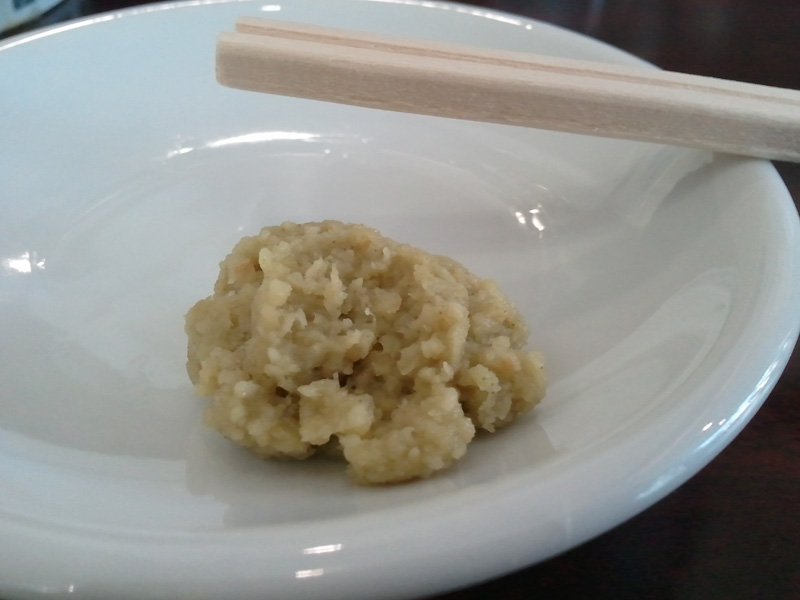 In my review of Kula, I mentioned that the wasabi was real. I’ve gotten some questions about that so I want to clear some things up. The wasabi paste that you get at most sushi places is not really wasabi. It’s a paste made from horse radish and food coloring to simulate wasabi. Real wasabi is not as green as the food coloring that is used.

The picture shows the real wasabi used at Kula. They only give you a tiny dab because real wasabi is expensive. It’s also really strong compared to the fake stuff.

Next time you’re at a sushi restaurant, checkout their wasabi. If it doesn’t look like the wasabi pictured above, it’s fake wasabi.