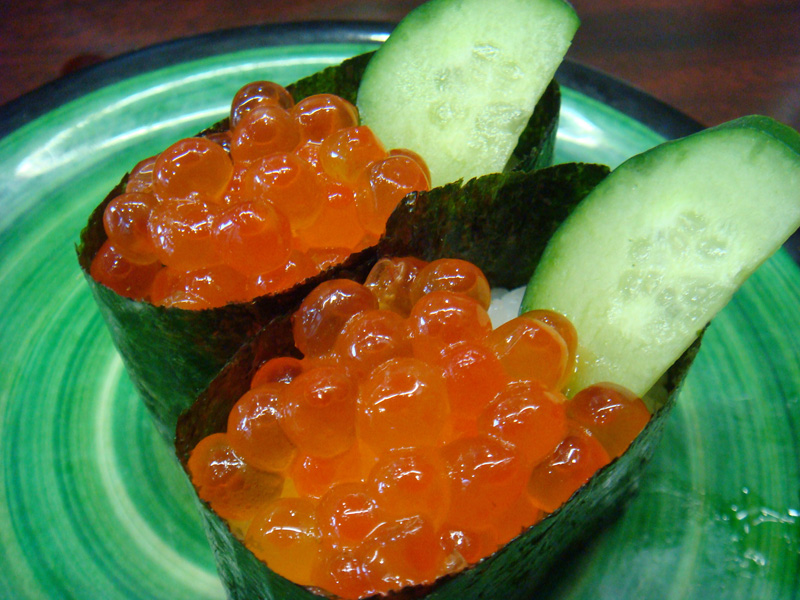 Takushi Sushi has closed and a new sushi place called Kula Revolving Sushi Bar has opened in it’s place. The concept is exactly the same as Frying Fish, which happens to be located in the same mall in Little Tokyo. Now that’s competition at it’s best.

Apparently, Kula is a big successful chain in Japan, and they are determined to bring the same formula to the US as this is the 3rd branch in the Los Angeles area.

The concept is beautifully simple. All the sushi is pre-made and only costs $2 for each plate. The plates go around the entire restaurant on a revolving conveyor belt type system like at a factory. One difference here is they have figured out how to put booths next to them so that a group of 4 people can sit at a table instead of having to sit at the counter.

This place is small just like Frying Fish so come early or you will be on the second page of the waiting list. Once seated, they will bring you a soy sauce plate with a dab of wasabi. Since I found out that most places serve fake wasabi paste, I’ve been observing the wasabi carefully. The one they serve here is real freshly grated so it’s stranger than what some people are probably used to.

The sushi here is made properly, and the fish is fresh and tasty. The only thing I noticed is that sometimes they use parts that they would throw away at more upscale sushi places. You will see more fat or pieces that look like it should have been cut a little differently. That’s what you get for $2. If you don’t like how they look, go elsewhere and pay $4 to $6. 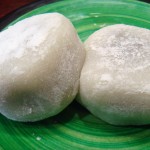 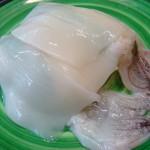 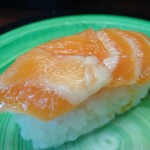 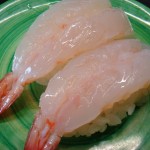 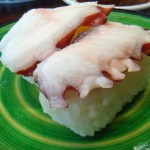 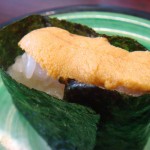 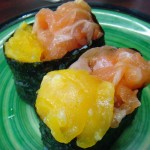 Obviously, for $2, you don’t get large portions. In fact, the Uni is only one piece (not 2) and the Ikura (see picture) is half cucumber. The tako (octopus) is not wrapped with a strip of sea weed, which I guess saves money and a little time to make. There’s nothing horrible about any of these little things. Just ways to save a little money.

As readers of this site knows I always check for free hot green tea. Well, unfortunately, not only is the tea $2 (like everything else), it’s also made from powder. That’s a big no-no in my book. I have to assume this is cheaper or they’d probably do it the old way. Strange how they use real wasabi but fake tea.

In any case, even with the powder tea, I still recommend this place for people who want to try inexpensive sushi without committing to a giant roll, or are in a bit of a hurry but still want fresh sushi.