Home > Rides > Tesla Model S To Be Released in June 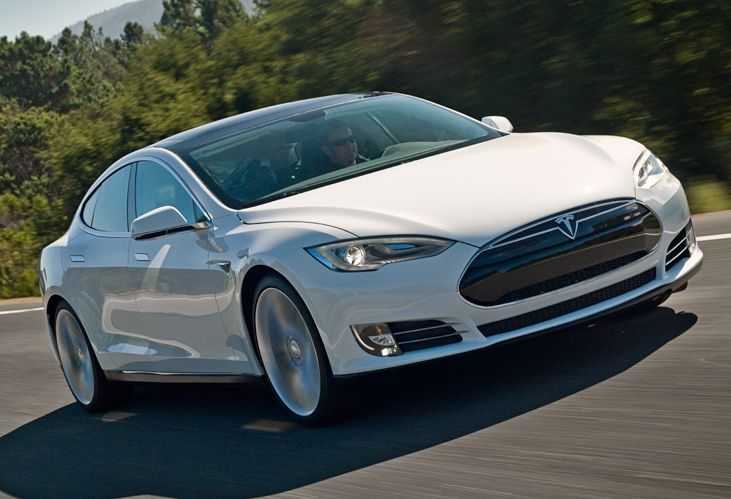 Tesla Model S To Be Released in June

Tesla Motors is slated to release their Model S electric car sedan on June 22, 2012, earlier than originally announced.  The Model S is Tesla’s second electric car and will cost $50,000 to $100,00 depending on selected options (battery size) and federal rebates. Of course, if you have to ask how much it is, you probably shouldn’t be buying one.

The car is expected to get about 160-350 miles on one charge depending on the battery pack option you choose and the speed you are driving, and other factors. The battery will charge 80% in about 45 minutes and some articles are reporting that the battery pack will be swappable in 3 minutes, but is not confirmed by Tesla.

The 17 inch touch screen will allow the driver to adjust steering, suspension and even the regenerative braking system. Regenerative braking allows the battery to recharge from driver applying the brake. By setting this at a higher level, the system will charge the battery more and use the real brakes less, and feels somewhat like downshifting a regular car. Some people do not like this feeling so the on-board computer allows the driver to change the setting.

It has taken Tesla approximately 3 years from announcement to delivery of this second model. There are more models in the pipeline to watch for. It’s been 37 years since DeLorean started a new American automobile company so hopefully, Tesla will be more successful. At least Musk (the founder of Paypal, Tesla, SpaceX) has more money than DeLorean and probably won’t need to deal with drug dealers for financing.