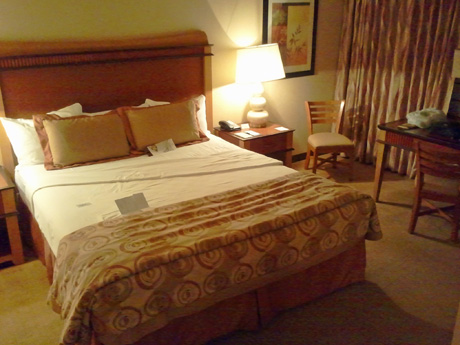 Because of an early meeting downtown, I decided to get a room in downtown LA so that I wouldn’t have to fight the traffic in the morning. In the past, I’ve stayed at the Bonaventure in downtown but since what originally used to be the New Otani is now Doubletree, I thought I’d try it out. If I remember correctly, I stayed at the New Otani about 10 years ago.

Using the Double Hilton website, I made my reservation for about $240 a night, which was the same price on the other hotel and travel sites I checked. Overnight self parking was $28, which sounds high but not unusual for downtown. The lobby area has a bar and not far away is a Internet and business center in case you didn’t bring your own laptop.

The room looks like it has been upgraded since my last stay 10 years ago. The bathroom is extremely small but there is a walk-in closet. Since I don’t have a lot of clothes with me, I’d rather if they had made the bathroom bigger and the closet smaller.

There was some tiles in the shower that needed fixing. As you can see from the picture above, it almost looks like there’s a secret compartment behind the tile but actually it’s just bad construction. 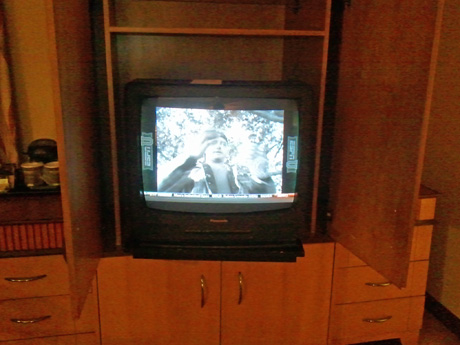 Being the gadget person that I am, I was very disappointed that the TV was the old CRT non-HDTV type that I thought would have been replaced by 2012. It’s not a big deal for me since I’ll just be pretty much sleeping in here.

Below the TV is where the safe and mini-frig are located. The safe is a nice touch because you just can’t trust anybody these days. When I’m at the Rio in Vegas, I always use my safe for everything. 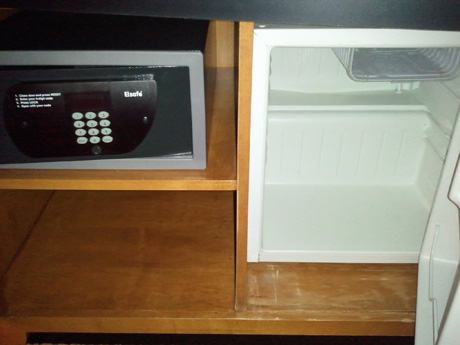 Unfortunately, the mini-frig was not working and it was warn to the touch. But that was not the worst of it. As you can see in the picture below, there was mold on the top of the door on the inside. Ewwwww. 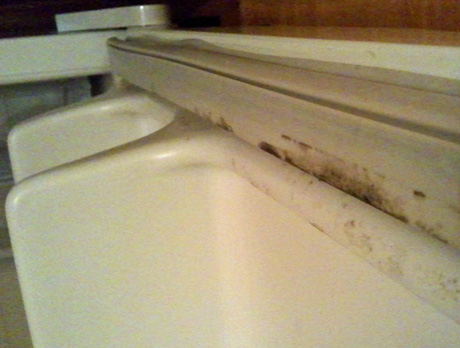 To make my stay less welcome, there was a paper left in the room that stated that because of renovation and construction, the water would be off from 10am to 4pm. Luckily, I will already have left by 10am so it won’t matter too much for me. At least that’s what I thought until the construction started very early in the morning and it sounded like they were cutting wood in my bathroom. In actuality, the construction was right above my room.

Not being able to sleep with all the noise, I went down to the front desk to change rooms. They upgraded my room (at the cost of $80) to a nicer room away from the construction. The bed in this room was much nicer and I recommend the upgrade to anybody staying here. 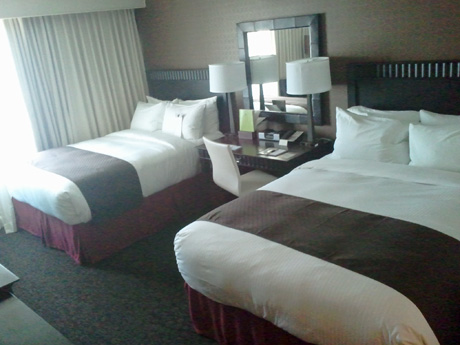 As you can see below, the upgraded room also had a HDTV. Unfortunately, it did not turn on. But being the tech geek that I am, I quickly figured out that the power cable had been unplugged from the back of the TV and simply plugging it in solved the problem. A good hotel would have somebody check these things before they let people check into the room. It’s simple but it’s the small details that makes a good or marginal hotel experience. 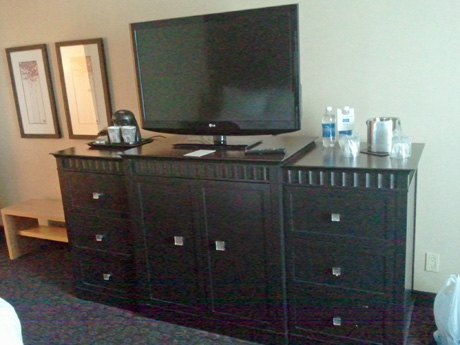 To top things off, the battery in the safe in my new room was dead so the safe was unusable. The last person that stayed in this room must have not used anything at all. So between my old room and my new room, just about everything wasn’t working.

One of the only bright spots in terms of gadgets was this iHome docking station shown above. I no longer have an iPhone but this is a nice touch if you happen to stay in the upgraded rooms. Since Apple has announced that the connector will be changing, I guess all these devices will become obsolete. Thanks Apple.

All in all, my experience at the now Doubletree in Little Tokyo was borderline unacceptable. Because of my background with hotels, I’m very picky but even if you’re not very picky, anybody would know that there should not be mold in the refrigerator. I realize the water being turned off and the construction noise is temporary but when you have a situation like this, the hotel should compensate the guest with a reduction in room rates. Only one front desk clerk gave me a half apology with a “sorry for the inconvenience.” The others acted like it was my fault that they were doing construction during my stay.

I think I’ll wait another 10 years to go back to this place. 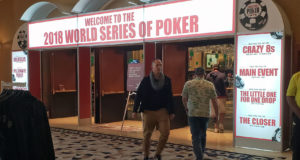 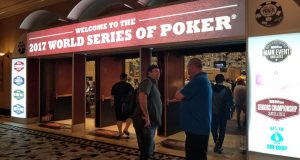 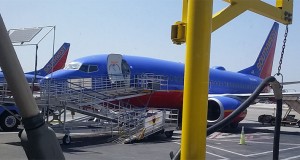