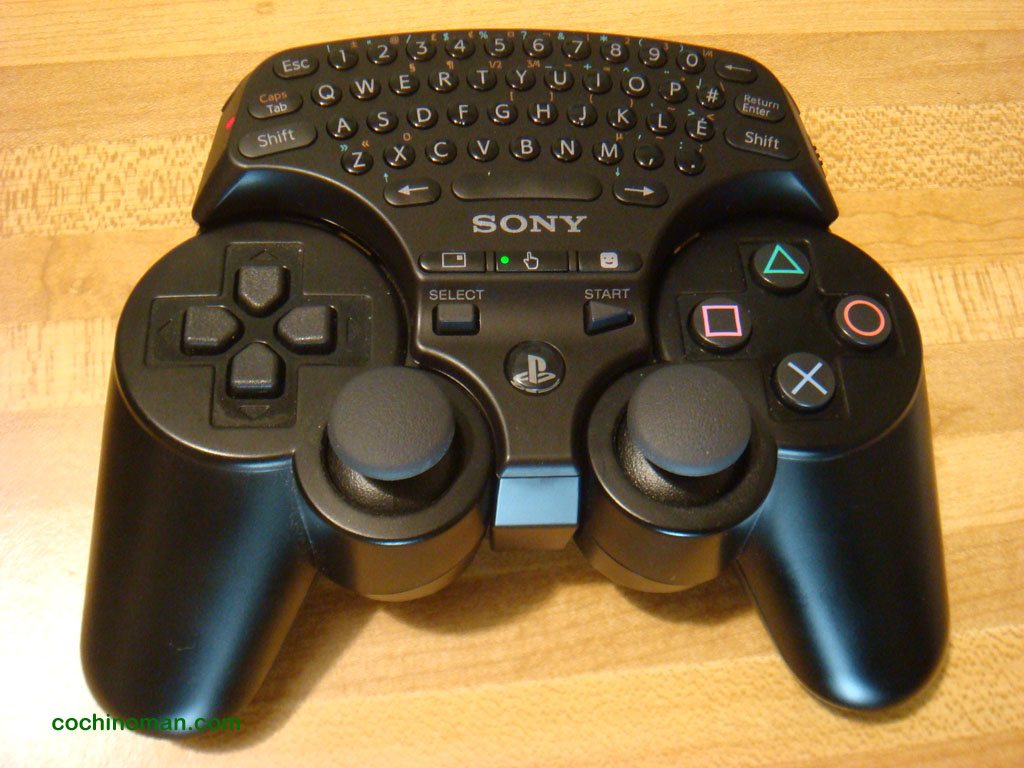 After waiting for what seemed like months (wait, it was months), Amazon finally sent me the PS3 wireless keyboard attachment to my controller.

Pairing it with the PS3 was a no-brainer. Just plug it into the PS3 via a USB cable (not provided), then turn on the keyboard and the pairing happens automatically.  Although the keyboard portion is a separate unit with it’s own rechargeable battery, the SELECT, START and PS3 buttons just presses the buttons on the controller unit itself.

There’s a red LED on the left side to indicate when the unit is on, and when left without use, it will automatically turn off to save battery.

There are also 3 new buttons (located right below the SONY logo) on the keyboard. You can directly access the PS3 message box with the one on the left, go to touch pad mode (middle), and display the friends list (right).

The touch pad mode is somewhat interesting.  When this mode is on, the middle button has a green LED that is lit. While in this mode, you can use the bottom 3 rows of the keyboard just like a touch pad.  You don’t have to actually press on the keys at all.  Just roll your finger over the keys and it acts the same as a touch pad on your laptop.  It’s a little strange at first because your finger goes over keys but you can get used to it after a while.

Also, at the top left is a “blue” button, and on the right is the “orange” button.  If you press the orange button with the CAPS button, you will enter caps lock mode.  Blue button plus RETURN gives you a line break.

My main gripe is that this is yet another thing that has to be recharged via the USB, and as you know, the PS3’s USB is turned off when the unit is turned off.  So to charge the keyboard, you have to leave your PS3 on, or use your laptop or computer to charge it.

Take a look at the gallery below to see close-up views of the keyboard. You can see larger views by clicking on the picture. 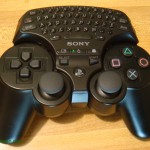 Back of keypad connected to controller 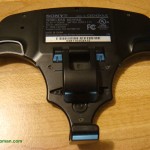 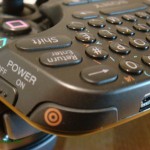 Close-up of orange button on right 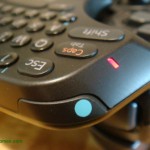 close-up of blue button on left 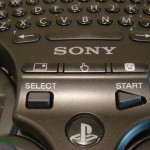 All in all, if you’re used to using small keyboards on your cell phone, you should have no problems trying to use this tiny keyboard with your thumbs. It works as advertised and the added touch pad feature is a nice touch.  Except for the incompatibility with the Katana charger, I’m very happy with this unit.