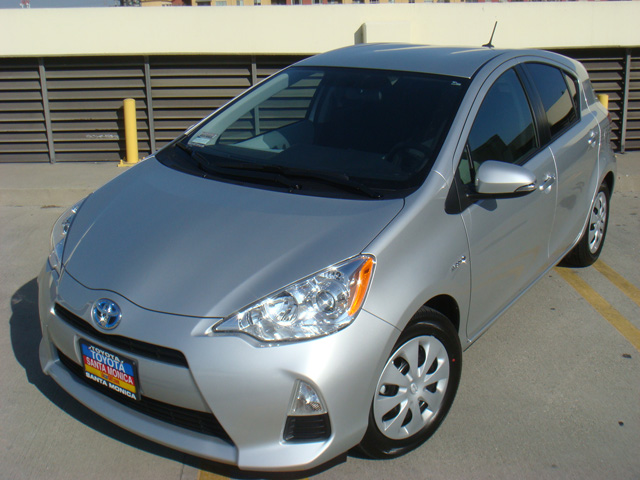 As gas prices keep going up, it reminded me how I felt cheated back in 2004 because I was not able to buy the brand new Prius because of a long waiting list. So this time around, I got smart and contacted my guy Eric Howard at Toyota Santa Monica and had him email me the second the waiting list for the Prius c was available. It still took me about 24 hours to get back to him to be put on that list and there were already 6 people ahead of me. 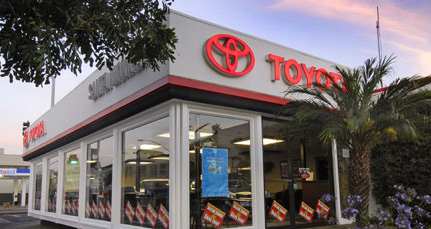 When the shipment of the new Prius came in, Eric contacted me and I got down to the lot the next day to pick the one I wanted. After checking out the different models, I decided on the “Three” because it has keyless entry, Navigation, Entune (more on that next time) and some other goodies. MSRP for the Three is about $22.7k and with everything, it’s about $25k out the door. After signing the usual room full of paperwork, I was out of there in about 3 hours (including test drive, and trade-in evaluation) and was ready to pick-up my car in 2 days after having LoJack and tinting installed. 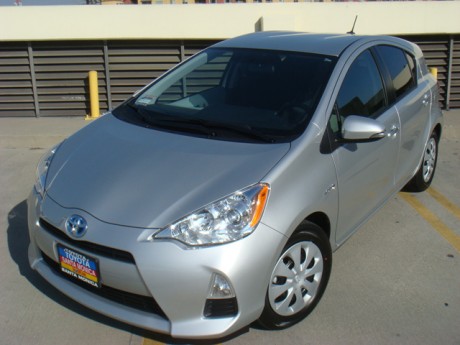 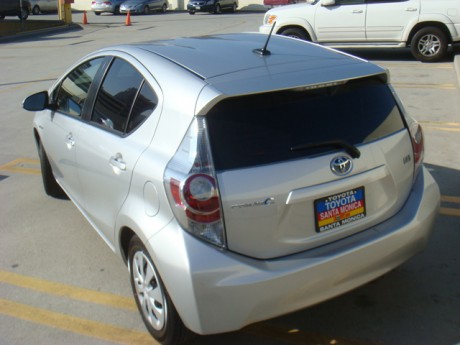 For a subcompact, there’s actually some leg room in the back seats for an adult to sit in the back without feeling like a child. The room under the hatchback is very small and would probably barely be enough space for a one suitcase and a small carry-on to barely fit. You can bring down the back seats to get more space but this is certainly not the car if you’re going to be hauling things around.

The keyless entry also takes a little getting used to. With the remote in your pocket (or purse), you just walk up to the car and open the door. It will turn off the alarm and unlock the door simultaneously as you touch the door handle. When leaving, you touch the left side of the door handle to lock and arm the alarm. If you leave your remote inside the car and exit, when you try to lock the door, it will make a noise to let you know that you left your remote inside. Nice feature. I’m so used to taking out my remote out of my pocket, I keep reaching in, then realizing I don’t need it.

The biggest change for me was the Hybrid engine, which does not shift down like regular engines when you need a power boost quickly. That doesn’t mean you can’t accelerate enough to get on the freeway. It’s just not that down-shifting “turbo” boost that you get with regular engines. But if you want a sports car, you shouldn’t be getting a Hybrid. The manual does warn you about weird noises it makes, even when the car is supposed to be “off” and it does happen. What’s even harder to get used to is the gas engine turning off while you’re driving. Normally, when that happens, it’s time to panic but not with a Hybrid car.

The exterior design is aerodynamic (although the drag coefficient is more than the regular Prius) and looks low to the ground considering it’s a hatchback. Some people don’t seem to like the tail lights but I think it looks good along with the fat bumper and wider rear. I think it would look even better if it was even wider.

All in all, I’m very happy with my experience with Eric at Toyota, and my purchase of the Prius c.

Next time: Interior and gadgets inside.

2012-03-19
cochinoman
Previous: Paypal Here Coming Everywhere
Next: TaskRabbit Your Tasks and Errands Away